Wow. So much happened that it’s really hard to put it into some kind of order. But we’ll try! It was an amazing time in …

Travel: March 18-19, 2007 It all started with two lucky AbbyShot employees (Julia and, yours truly, Mark) on what felt like the longest flight in the history of air travel. Almost 14 hours in the air from liftoff in to touchdown in . Long lines at the led to a relatively quick ride on the Narita Express train down to a grinding halt once we hit the Toyko Metro System. 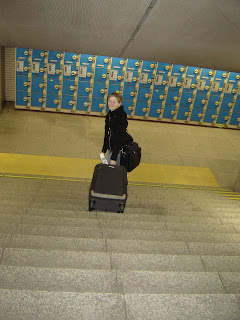 My god, have you seen the map of this thing? It’s a combination of colours and twists and turns that ends up looking like a deranged bowl of spaghetti. Eventually we did figure out how to navigate this beast of a subway (why is it owned by ten different companies each with their own sets of tickets?) and the week could truly begin!

We ended our first evening by taking some pictures in the colourful Roppongi area where we stayed, along with eating our first (and certainly not last) bowl of noodles in !

It was our first full day in Tokyo. We slept in happily and then got ourselves ready for a day at the Canadian Embassy. AbbyShot was registered for the Tokyo Anime Fair as part of the “Canada Pavilion” that our Embassy was setting up, and there were a few activities planned outside the Fair itself. The day was officially named the “Canadian Animation Technology and Contents Seminar”, but basically our amazing Canadian Embassy gave all the Canadian companies in attendance the chance to present themselves to lots of interested Japanese business people. 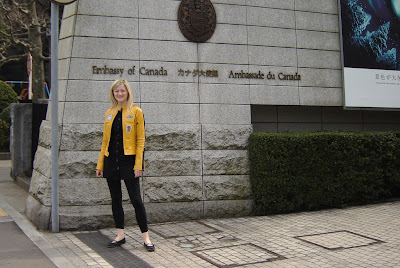 We had quite an impressive Canadian contingent as you’ll see!

Laurent M. Abecassis, Emmy Award Winner for his work as CGI Supervisor for the Pilot Episode of LOST, presented his animation software company Di-O-Matic. Their 3D character animation tools have been used for everything from Disney characters to the video game versions of Batman and Spider-Man.

Ben Colling presented some amazing works from the Vancouver Film School, and told us all about their awesome rankings and ratings on YouTube.

Comic creator / artist Didier Arpin showed us all a great preview of a fun animated show in the vein of the original Transformers that he has called The Hizashi Project. He wants to bring the adventure back to Saturday morning cartoons, and it looks like one to watch out for.

And let’s not forget a certain Canadian company called AbbyShot Clothiers! High-quality clothing based on movies and anime – you know, that might just work!

Once all the presentations were over, a reception awaited us where a Canadian Mini-Trade Show was held. Already many Japanese people were anxious to try on our AbbyShot gear – it was a good taste of what to expect at the show to come.

We also met some interesting people including Michelle Fukushima, the unforgettable model / essayist / photographer / party critic, and her good friend Yoshimitsu Banno who directed one of the Godzilla movies from the seventies! Specifically, it was the controversial one where Godzilla takes on a monster made out of pollution – it’s apparently the only film where the 300-foot-tall Godzilla manages to fly. I think I need to see this movie now. Banno-san told us he’s working on a 3D Version of Godzilla right now for IMAX theatres. Should be cool, but no word on whether the big green guy will fly again. We can only hope. 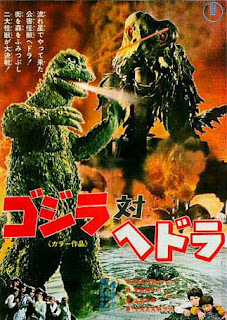 Great times – and we haven’t even gotten to the show yet! Next update we’ll cover the setup day, a visit to Anime mecca Akihabara, and the first day of the show!