We came up with a summer mission and you, our customers, answered the call! Dubbed “The AbbyShot CON-test”, we asked customers to send in their coolest convention photo featuring AbbyShot gear. We picked out the Top 3 submissions and now we’re sending out a challenge for all AbbyShot fans: It’s time to vote on your favourite photo!

Cast your vote wisely though – the winner gets a free Kingdom Hoodie!

First of all: How to vote?

Our contestants are numbered below, so you need only write the number of your favourite photo in the “Comments” under this post. Only one vote per person though! To ensure fairness, we’ve disabled “Anonymous” comments, so you need to login with your Google, Blogger, or OpenID account to vote.

As an alternative voting method, you can vote on the picture of your choice on our new AbbyShot Clothiers Fan Page on Facebook! A Photo CON-test album is up on our Facebook page, so you need only comment with the word “vote” under the picture you like best.

Now the moment you’ve been waiting for!
Here are the lucky contestants: 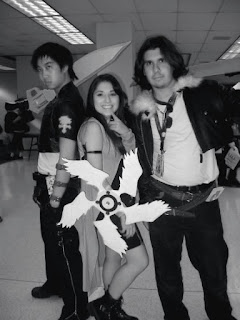 Sporting his AbbyShot Squall Jacket (with a few friends) at San Japan in Texas
Contestant #2: Dana! 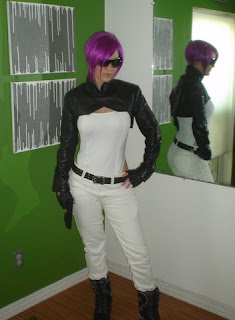 Looking exactly like Major Motoko Kusanagi (in the GIG Shrug of course!) for MetroCon in Florida
Contestant #3: Jay! 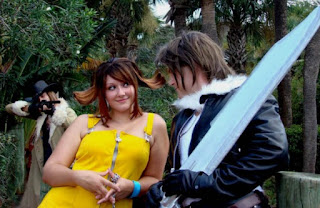 Squall is hanging with the cast of FFVIII at Anime Festival Orlando (just watch out for Irvine!)

Cast your vote in the “Comments” below! The winner will be announced in our October Newsletter, so we’ll compile the votes from here on the Blog and on our Facebook Fan Page at that time (late October).

Big thanks to our contestants for the fun photos.
To everyone else: Vote now!