The gangers are back, and this time… they’ve called a Doctor!

The latest episode of Doctor Who, the excellent conclusion of a two-parter that began two weeks ago, gave us a delightful double-dose of the Doctor (alliteration anyone?) as the shape-shifting Flesh made a copy of the Eleventh Doctor himself. And a fine copy it was! After enduring some “dealing with previous regenerations” jitters at the start of the episode, the ‘doppelganger Doctor’ was on his game and indistinguishable from the ‘real thing’. Which, of course, caused much consternation for Ms. Amy Pond. Which turned out to be more than a little ironic… but more on that later! 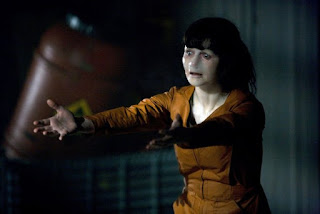 As always, if you haven’t seen this new episode of Doctor Who then there are indeed spoilers below!

Let’s jump right in for our thoughts on Series 6 Episode 6: “The Almost People”…

So what did you think of “The Almost People”? Was it a solid conclusion to an ambitious Doctor Who story, or simply a set-up for the big midseason finale? We know one thing, we cannot wait for this weekend when “A Good Man Goes to War”…